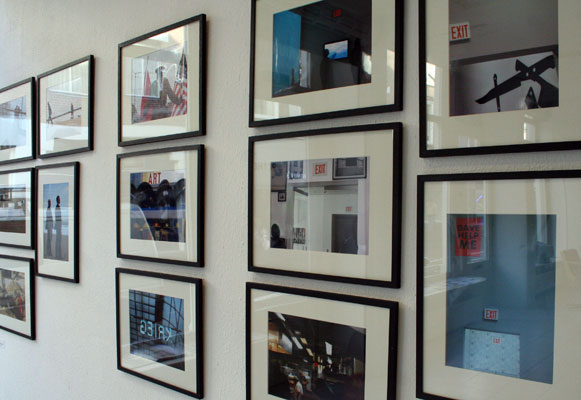 Streaming Stills was exhibited at the BH139 gallery - The Hague, the Netherlands in November 2009. Among the 9 photographers from below there were 100+ stills live projected in the BH139 gallery as well. These stills were uploaded during the event, through the Streaming Festival website by unknown artists, without titles nor descriptions, projected live at the gallery and to make the circle round, streamed back to the Streaming Festival website.
Organized by Ronald Lindgreen, Femke Sleegers, Igor Lesic and Mak Kapetanovic for isfth in association with Artikraak.

Albert 't Hooft studied animation at the Willem De Kooning Academy in Rotterdam and after graduating started his own animation studio, Anikey Studios in The Hague. He has worked as free lance special effects artist on various video clips and has just recently finished the animated short "Paultje en De Draak". Among commercial projects for film and TV he continues to write and direct short animated films and is currently working on a feature length film.
Anikey Studios 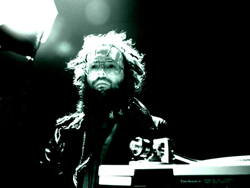 It is from my love for graffiti on trains and the inability in me to manifest myself in the art world that I since a half year started with the recording of these often very temporary works on the Dutch Steel.
The intention was that when I started them, it came from the respect and appreciation I have for the work of the New York photographer Henry Chalfant.
The photos of this photographer are known as classic views of a cultural movement that to this day seems undefeated.
Damir Segon 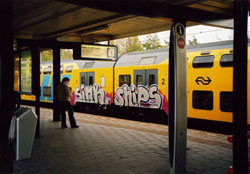 Kockengen, a village on the western part of Utrecht gives the impression that the time there stands still. However that's apparent. Seasoned farmer heads, a gallery owner and the veterinarian. They are clearly present. They know the village, the people and their environment. Historical sensation.
The animals are an integral part of life in the countryside. For the economy. In order to survive.
Historian Douwe Anne Verbrugge fell under the spell of this village, an originally Calvinist "holy land" but also cited as "The end of the world" by nearby villages.
That time has past, the beauty of the village remains.
Douwe Anne Verbrugge 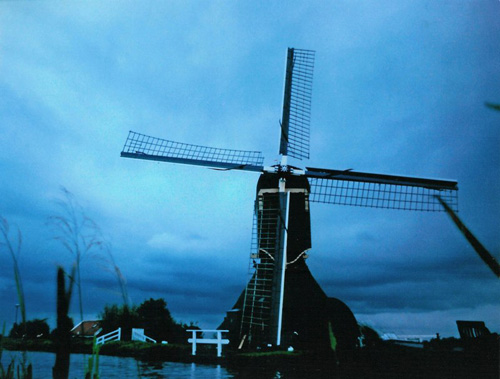 Emilie Malcorps is a confident and enthusiastic photographer based in France, specialising in documentary, photojournalism, portraiture, and editorial and travel photography. She is available for editorial and advertising work and portraiture sessions.
Emilie started photography to bring out the banal into a new light. She found her style playing with shadows and light to bring out a subject's personality, emotions but most of all to emphasize a certain truth unveiling in front of her camera.
Emilie has got a lengthy experience in documentary photography and portraiture training from one of England's most successful independent studios. This makes her a reliable photographer who can operate in a wide range of areas with confidence.
Emilie Malcorps 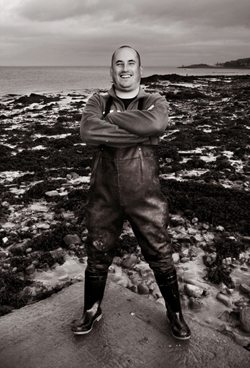 Besides skyscrapers, yellow cabs and the smoke from the subway I saw in New York EXIT signs. EXIT signs everywhere.
Shops, museums, offices, restaurants, virtually every interior space in New York is abundant with illuminated exit signs.
However, do the EXIT signs point to the exit? The red capitals on the yellowed neon-white prove difficult to interpret.
The signs often point in opposite directions, towards and from each other. They direct you to the right, but just as easily send you back to square one. They are also placed on the weirdest of places. What is the purpose of an EXIT sign on the middle of a blank wall? What is the purpose of escape route signs above changing rooms in an expensive clothes shop? And why does the EXIT sign in an underground bar send drunken regulars just deeper underground?
The EXIT signs in New York refer not only to the exit ahead. They also gloom an unintended light over the grim wall underneath. Glooming on corners that weren't supposed to be seen. Onto the subconscious of a nation. Entangled in a war with no way out.

Men on the Beach
Where can a man be more himself than on the beach? I'm not talking about the beach during summer, when women rule the shore. I'm talking about the beach, when it is desolate and empty. When the wind start blowing fierce, that's when he can stroll, play and challenge the natural elements. The beach, a place where he's obviously more at ease with his emotions than at home.
Femke Sleegers

For years now, between two railway tracks, on the border of The Hague and Voorburg, Netherlands there are several private gardens; pieces of land where users can build a small gazebo, garden, and cultivate vegetables.
In the last couple of years, this territory changed owner on several occasions. Previously owned by the Dutch Railways, who sold the land to Prorail, who in turn sold it to the local authorities and so on.
The users of the land are in the unclear on who the owners of this territory are right now.
For several years now, they stopped paying rent and past agreements and rules don't apply anymore, nor are they monitored or enforced. Partly of this a "Nomansland" emerged.
The uncertainty of future survival of this land made the users aware that it can't stay like this forever.
This uncertainty is clearly visible in the neglected state of the gazebos. Users don't want to invest money in an uncertain future, so the maintenance on the gazebos are mostly "low budget" and often repaired with old wood, leftovers or even garbage.
Most of the users of this land have a house nearby in one of the surrounding neighbourhoods. But there's also a small group who lives there permanently. They grow their own vegetables, keep chickens and live without any utilities, in what they themselves call a "Nomansland"! 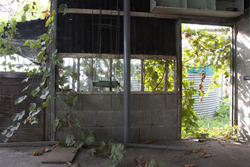 Who is Rob van Dam? Nearly 50 years old, my camera has been with me for as long as I can remember. My work is always in black & white and using available light only. Look at my pictures and you experience the way I see things. A picture - to me - is like slow food: it gives you the time you need to really digest and appreciate the beauty of reality. Photography to me is simply creating still moments, presents to be enjoyed. 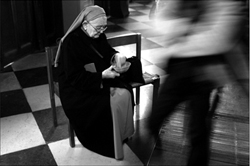 YCPlayboy 150 - This series are special illustrations for the 150th anniversary issue of playboy in Croatia. Made in collaboration with photographer Tomislav Dolenec
Slaven Kosanovic is a Croatian artist with roots in the Graffiti scene.
He started painting graffiti pieces in 1989, at the age of 14 and organized the infamous "Meeting of Styles" graffiti festival in Zagreb between 2003 and 2007. He is member of the Croatian ULUPUH association of artists of applied arts and works as a designer and graffiti artist in Zagreb, Croatia.
Models: Maja Herdoman, Ivo Kosanovic, Slobodan Spuzevic.
Slaven Kosanovic 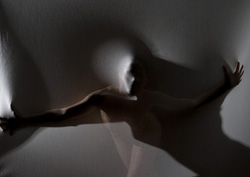